Manga Somali to Mori no Kamisama 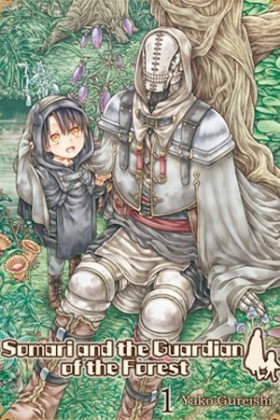 Somali and the Forest Spirit

Somali to Mori no Kami-sama

Description:
There was a certain war that lead to rapid dwindling of humanity. Then, human-beings were attacked by strange creatures from magical world. Presemtly, they are considered as extinct. You won't see them anywhere. Instead, the world is full of monsters, spirits and animals that can talk. A little girl, Somali, has a big secret: she is a human-being masked into a creature with horned hood. She is travelling with another rare creature, a golem. She considers him as her Father. They are lookng for humans. Golem secures a forest, he has a lot of powers that are useful during their trip. Let's enjoy the story of unforgettable wonders and horrors of the magical planet.
Show description