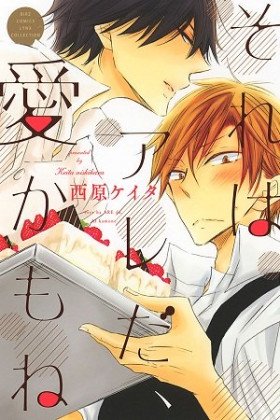 Izaki is a young lad who loves cakes and currently enjoys being able to work at the cake shop that he deems has “flavor that can’t be unrivaled!” But, Takara, the patissier who makes the cake is an abnormally unsocial guy. Since Takara is the son of the world famous patissier, he completely distrusts others because he is used to being compared to his father and being used by others.
Takara is completely charmed by Izaki who honestly tells him “I have no interest in you, but the cakes that you make are superb!”
Takara confesses his feelings to Izaki, but instead Izaki is completely turned off by it…!?
Show description
Loading...