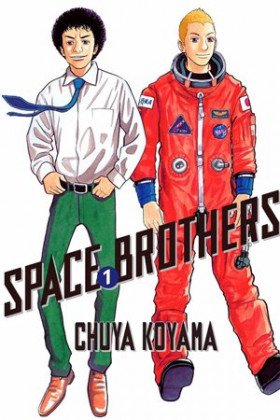 Description:
It was a night in far away 2006, they were still young. Mutta (1993) and his brother Hibito (1996) saw something that looked like UFO that headed from the moon. It was the night that turned their lives upside down. Then, they decided to become astronauts to explore the space. In the year 2025, Hibito is an astronaut - he is going to explore the moon. Mutta chose a more traditional specialization - he's working for a company of automobile development. In fact, Mutta ruined his career because of a serious altercation with his director. Now, he is without a job and, moreover, he can't become an employee in any company in this industry. Now, it's time to think - maybe Mutta has to fulfill his childhood dream and become an astronaut?
Show description

When chapter 390 comes out?