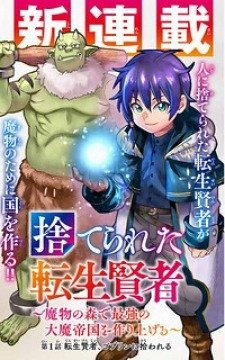 The Abandoned Reincarnated Sage ; I will forge the strongest empire in the Demon Forest! ; 捨てられた転生賢者～魔物の森で最強の大魔帝国を作り上げる～

Description:
The sage used special magic after his death to incarnate in his next life in the future. However, in that world he was no longer considered a sage, and as too weak he was left to die in a forest that was full of monsters. Goblins found him and decided to take care of him. In gratitude, he taught them magic and helped on their path of development. The story of a boy who will build a legendary empire of monsters.
Show description

When chapter 30 comes out?