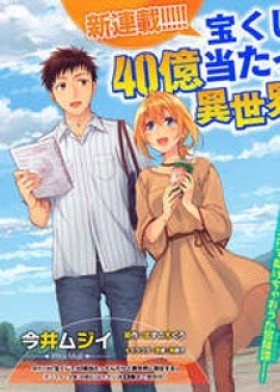 Description:
Kazura was selected as the winner on a lottery that he bought on a whim, and received 4,000,000,000 (billion) yen.

To evade the hyenas that smelled the scent of his money, Kazura took refuge at an old residence that had been handed down from generation to generation in his family.

When Kazura was investigating the place that would become his shelter, he stumbled on a certain room where it was possible to go into and back from another world.

At that world, he would find his true value as a person.
Show description