Manga That Which Must Never Be Done - Otherworldly Summons 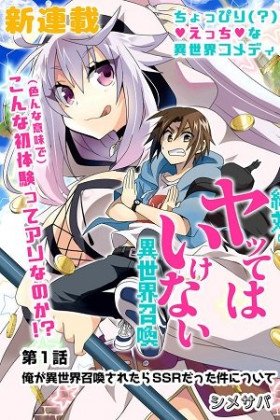 Description:
Yaki Hiroshi led a very ordinary life, and it could not be called overly happy. His life will end abruptly when he is accidentally pushed by a guy playing a mobile game, causing Yaki to fall under the train. It would seem a terrifying death, however it was planned by the universe so that he met the girl of his dreams. But already in a parallel world.
Show description