Manga The Daughter of the Albert House Wishes for Ruin 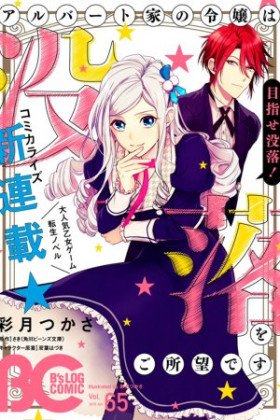 Description:
The princely daughter Mary Albert appeared at a school ceremony and remembered that this world is an Otom game. She played her in the previous life and was a character of this game. She was an angry character, pursued the heroine. At the end of her neutralized. Such is there was a way of destruction of the Evil girl. Her reaction was obvious. She wondered, whether a joke all this. I tried to avoid the death at the end. But isn't present, it didn't turn out. It turned out that pulled it to this death and destruction.
Show description