Manga The Eminence in Shadow 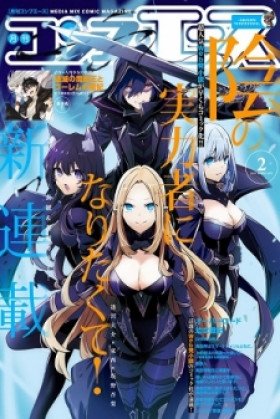 To Be a Power in the Shadows!

Description:
As a child, most people adore heroes, but the hero of our story was more fond of the forces that lurk in the shadows. He hid his strength, after which he lived an ordinary ordinary life during the day. At the same time, at night he went through insane training, after which he reincarnated in a parallel world, where he gained tremendous strength. In this world, there were other corporations and forces that would like to rule everything, but pretty soon it turns out that this boy and his training were able to completely shatter the universe, as a result of which he became a powerful creature controlling everything from the shadows.
Show description

When chapter 49 comes out?