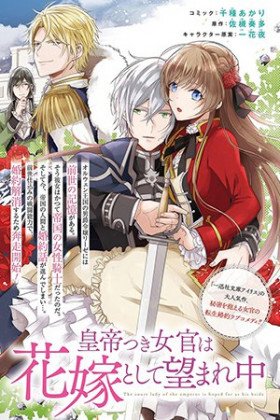 Lise, a knight and daughter of a baron of the Kingdom of Olwen, lost her life protecting the young imperial prince Egbert. After death, she wakes up in the future with all her memories! But somehow she’s become engaged to the imperial prince?

The story of a (Former) Lady Knight… trying to dissolve her engagement?!

A romantic comedy about a reborn Court Lady with a secret!
Show description
Loading...