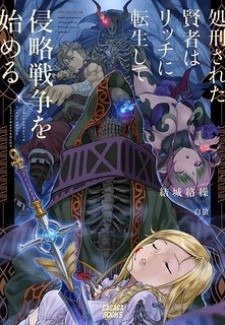 Description:
Sage Dwight, together with the Hero, managed to defeat the Demon Lord, who terrorized the world, plunging it into darkness. However, in the course of the conspiracy, they were accused of gaining his power and becoming the next Demon Lords, which is why they were left to die in the Valley of the Dead.
They died there rather quickly, but the sage's dislike for the traitors was so strong that he continued to live even as a skeleton. He vowed that he would crush this world, which is based on false ideals. He is quite capable of this, since now his power far exceeds that of the Demon King. In addition, he has a huge army of skeletons under his command, so he is quite ready for a large-scale war for justice.
Show description