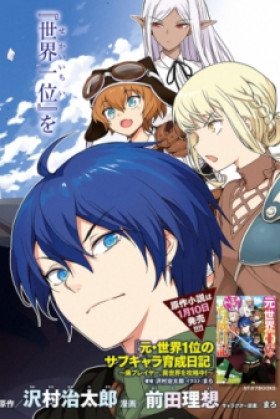 Description:
Shinichiro Sato rarely attended school, as he was a fun-loving person who remained just as reckless into adulthood. He continued to play a computer game under the pseudonym "Seven". He was considered the best player, because it was the game that became the main thing for him in life. Everything will go to pieces when his account is hacked, and there is no way for him to recover the data. He felt incredible despair as he spent his entire life in order to gain this recognition. He commits suicide, but suddenly opens his eyes, and it turns out that he is in a parallel world, which is incredibly similar to his real world! Now he notices that he has become his secondary character, which he bought a long time ago and even pumped, but did not actively use it.
Show description