Manga The Guild Official With The Out-of-the-Way Skill “Shadowy” Is, In Fact, The Legendary Assassin 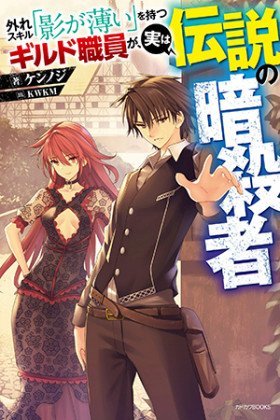 Description:
Roland is an assassin who, one day, breaks from his team and single-handedly “kills” the demon king (who is actually a girl because you should have figured out the type of story this is by now).

After returning to the kingdom, the king graciously promises Roland whatever he wants for his heroics. Conflicted in his desires - he hasn’t thought of anything outside of killing for years - he remembers that one of his teammates told him what she plans to do after evil is defeated:

And so Roland, with his ability to become unnoticeable and the disguised demon king/queen Laila at his side, decides to live a - say it with me - slow life.
Show description