Manga The hero suddenly proposed to me, but... / Yuusha-sama ni Ikinari Kyuukon Sareta no Desu ga 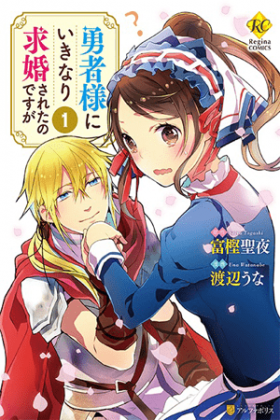 A certain beautiful princess was captured by a demon king, and a hero went out with his party of adventurers to rescue her. When he returned successfully, he asked for marriage as his reward... but not with the princess, with her maidservant Aria Milford! Aria was as shocked as anyone else, since she quite happily considers herself a minor character in this story! The hero is determined to win her hand and her heart, but what will she do about it?
Show description
Loading...