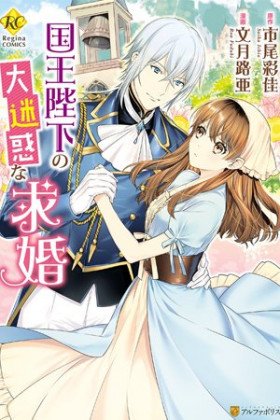 One evening, ordinary OL Narumiya Maika suddenly found herself in another world. While attempting to find a way back home, she somehow ended up becoming a castle servant for reasons she could not fathom. The country's young king is even less fathomable, constantly proposing to her to despite her own firm rejections and lack of qualifications. This king protects his nation with the mysterious “Power of Salvation” and doesn't listen to others in his own optimism; but, for Maika, the King's doting is too frustrating.
Show description
Loading...