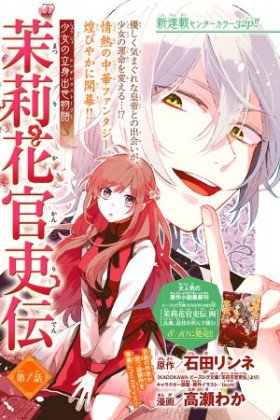 Matsurika Kou is pretty content with her modest rise in position from a low rank palace maid to an official within the inner palace of Hakurou country. One day her boss asks her to take part in a practice marriage interview in place of a co-worker who got sick. During that fateful meeting the wheels of fate will begin to turn...