Manga The Legendary Hero Is Dead! 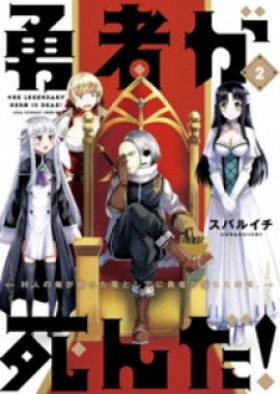 The Hero Is Dead!: The Hero Fell Into the Trap That a Villager Dug For the Village.

Description:
Three years ago, the invasion of demons was managed by one hero who put a seal on the portal of monsters. Nevertheless, every year this seal is weakening, because of which monsters penetrate our world. People realize that they need heroes again when the seal begins to let a huge number of monsters pass. The main character of the story is the farmer Touka Scott, who was already ready for sudden attacks of monsters. He was able to build a special trap, thanks to which he lured the monsters that attack the village. One day he will get into serious trouble when he tries to lure the monster with bacon, but suddenly it turns out that the monster does not like such meat. However, the hero of this village kills the monster, saves the village, but then a disaster occurs - the hero wants to eat bacon, which is why he steps into Touki's trap and dies! Now Touka will be forced to personally become a hero who will save everyone.
Show description