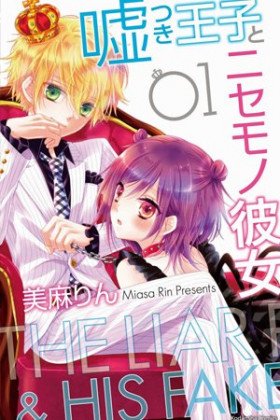 The Lying Prince and the Fake Girl
3 (голосов: 2)

Narumi Luna is a high school student who only wants to make friends, but her tough appearance keeps everyone at bay. When she rescues a black cat from a cruel fate, she gets kicked out of her apartment. With nowhere to go, a chance encounter with the school's elite changes her life...?
Show description
Loading...