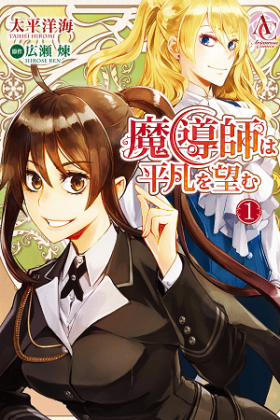 One day, Kosaka Mitsuki was abruptly sent on a trip to a different world. She was an otaku, so she adapted really fast. Then she decided to live her life as a magician.

She made a living by making full use of the benefits of the automaticly translated knowledge and language of her original world. But reality was harsh.

She was keenly aware that she was handling ‘Bishie’ from this different world who could easily conquer a maiden hearts and dreams.
Show description
Loading...