Manga The Man Picked up by the Gods / 神達に拾われた男 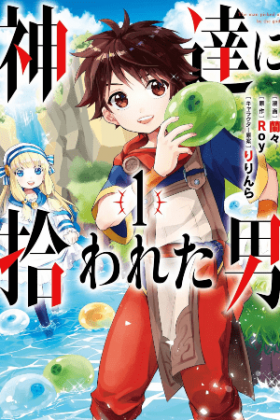 Ryoma Takebayashi, a 39-year-old salaryman with a hidden past, finds himself in a different realm. The gods tell him that he has died and they are sending his soul to their own world to replenish its magic source. Ryoma begins a new life reincarnated as an orphan boy, able to survive alone in the forest for 3 years. Blessed with convenient magic powers from the gods, Ryoma is finally living as his true earnest self, freed from his mundane and undermined past.
Show description
Loading...