Manga The Principle of a Philosopher by Eternal Fool "Asley" 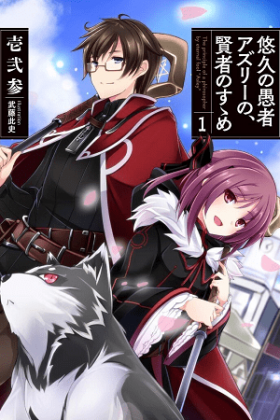 Yuukyuu no Gusha Asley no, Kenja no Susume

Description:
In his youth, events developed in such a way that he was defeated at the Academy of Magic, which is why many look down on him. Soon he will discover a mythological medicine by chance, due to which he will receive an immortal body. Now he is going to take revenge on everyone who laughed at him, for which he begins to research magic and magical artifacts that are significantly different from academic ones. After 5 thousand years of research, he becomes the most ancient user of magic, although he himself does not notice it. All the people whom he wanted to take revenge on had died long ago, and now he has lost his goal. As a result, he goes on a journey to explore the world around him and everything that happens to him. Now he starts helping other people with their problems. What will happen to him when he begins to experience his second youth?
Show description