Manga The Rise Of The Unemployed Wise Man 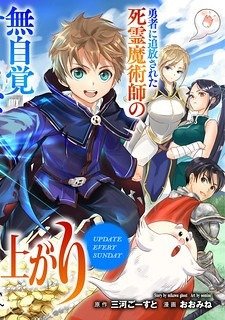 Description:
Karna was an ordinary boy who received the title of sage straight from heaven. A group of heroes had high hopes for his skills. However, the boy demonstrated his terrifying power as a necromancer, for which he was kicked out. Karna, who did not know the way back, accidentally lost his way and ended up in the territory of the Demon King, who has now declared a hunt for him! Demons chase Karna everywhere, he even had to fight an extremely powerful demon, whom he defeated with the help of the magic that was hidden in him. One of the demonesses, Cecilia, saw the boy's incredible strength and offered him a huge salary. Karna now serves as an enemy of humanity on the side of the Demon King's army.
Show description