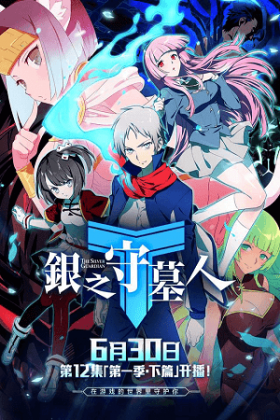 Description:
Shu Yin is a really poor student that loves playing games. One of his friends is a popular student detective that convinces him into helping with a murder case. After viewing the last moments of an old man being held at gun point, the scene forces Shu Yin into a virtual reality game, dropping him off at a desert landscape with some pyramids. Shu Yin goes with the flow, and the first thing he sees is a sand monster and a quest option. Like any game player, he expects to defeat the boss enemy to win, right? Alas, it turns out he's the last Gravekeeper and he's supposed to protect the treasure against the Tomb Raiders.
Show description