Manga The Strongest Brave Who Craves For Revenge, Extinguish With The Power Of Darkness 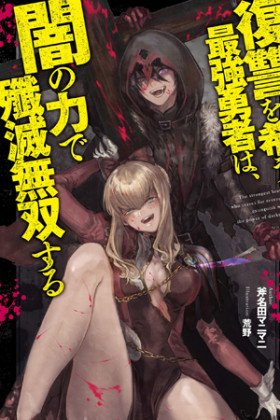 The Hero Who Seeks Revenge Shall Exterminate With Darkness

Description:
Raul had defeated the king of demons. After this, he is considered the bravest hero who has to save the whole world. When his family and friends were killed by aggressive aristocrats, Raul was got a fake execution from the princess. When he thought his life is over, his heart found peace in the darkness. Raul wanted an act of revenge. His plan was to tear all the traitors from up to bottom. He wished they are burnt at the stake The hero was ready to cut them alive. He prepared to kill every single enemy, each bastard. No mercy! They have to suffer all the pain they caused to others! Raul obtained the dark power, and swore to revenge with a sneer on his face. He was eager to dive into their blood, he wanted them to suffer. A few days passed when the hero capital of revived in the imperial. It was a bright event, with blooming flowers. A sign of a great tragic war.
Show description

When chapter 59 comes out?