Manga The Strongest Dull Prince’S Secret Battle For The Throne 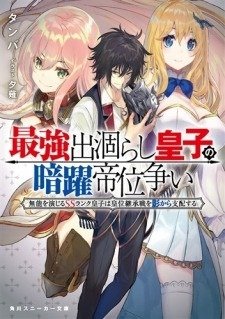 Saikyou Degarashi Ouji no An’yaku Teii Arasoi Munou wo Enjiru SS Rank Ouji wa Koui Keishou-sen wo Kage kara Shihai Suru ; The strongest dull prince secret battle for the throne.～I don’t care about the throne but since I don’t want to die, I think I will m

Description:
The story tells about the Empire of Addresia, which is located on the continent of Vogel. A global war is unfolding here for the right to rule the most powerful army and territory of this empire. While the throne is not occupied, the emperor's children wage a chaotic and terrifying struggle to gain power. However, there was a prince who was predicted to have an absolute lack of chances to become an emperor, who was inferior in absolutely everything to his younger brother. This prince was called stupid and useless. He was simply wasting every day of his worthless life. However, behind the scenes of this story, this prince was an extra-class adventurer that everyone calls silver. He saw all this terrifying struggle for the throne, because he decided that he would help his younger brother to conquer the throne, no matter what. The story of the strange conspiracies of a prince who has completely lost interest in the throne.
Show description