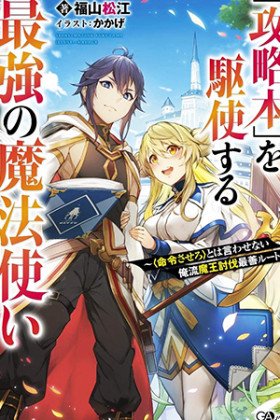 Description:
Magnus was an ordinary magician who was always shouted at and demanded that he obey other people's orders. The whole point was that for other people he was absolutely useless. However, after leaving one of the parties, he met a merchant who sold him a mysterious book. Pretty soon it turns out that this book was extremely useful, as it was the only one that described how to defeat the Demon Lord! As a result, the guy began to study this book, which allowed him to learn exactly how to deal with demons and raise his own level most effectively. Now his powers are so great that he can easily defeat even an entire team of heroes! This will begin his amazing journey, thanks to which he will be able to cope with the Demon Lord! The thing is, this guy was not chosen to save his world from evil, which is why he is so well suited for this! Thanks to his wit, he can save the world!
Show description