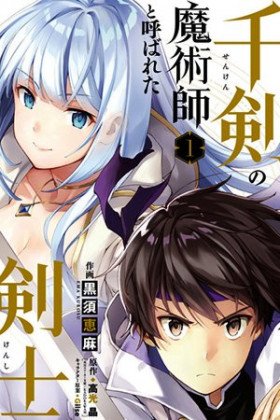 Description:
Sword Magic, where a sword is manipulated using magic to freely fly in the air, cutting down enemies. Ardis is a user of this new magic art that has never been seen before throughout the entirety of the history of magic. As a mercenary, he undertakes various requests in return for remuneration, including subjugations, escorts and investigations.

On the way home from a survey request, he protects a pair of twin girls who survived their caravan being attacked by bandits, however in this world twins are considered “abominations”.

Along with the twins and a girl who accompanies him as a follower, he holds back his anger at the world which looks coldly at the twin girls due to the goddess’ intervention.

This is the story of such a swordsman called the countless swords sorcerer.
Show description