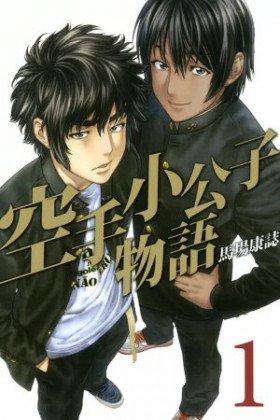 Takeru and Meo, two best friends both troubled by tragedies in their pasts, have been sweeping local junior karate tournaments as high school freshmen. But now, they set their sights on a national karate tournament. Unfortunately, the funding required to achieve their goal can only be secured if they form an official karate club at their school. Their first challenge lies in getting past the beautiful student council president Izumi Touko, who also happens to be the only daughter of the head of the biggest karate organization in the world, Koudan-kai (which is totally not Kyokushin). What plot will Touko hatch, and what price is she going to exact from them? As Takeru and Meo embark on their official karate journey which will lead them to confront their pasts, almost the entire cast of Karate Shoukoushi Kohinata Minoru makes an appearance, guiding them, and teaching them the true meaning of what it is to be a karate-ka.
Show description
Loading...