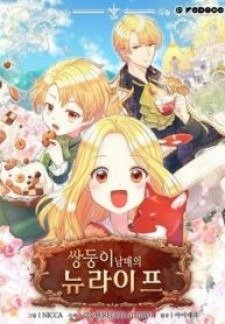 Description:
From now on you will be called Arjen and Arien. We were regular twins who went to high school, but we died pretty quickly in an accident. Now our second life as twins has begun. We are forced to live in an abandoned palace with a cruel father-emperor and abusive mother. However, on our fifth birthday, the king suddenly wanted to see the children. What is the reason? We can only trust ourselves. The Twin Twin Survival Project will now begin! A story about twins reincarnated in a palace who value each other very much. There are no lecherous moments between them in history.
Show description

When chapter 76 comes out?