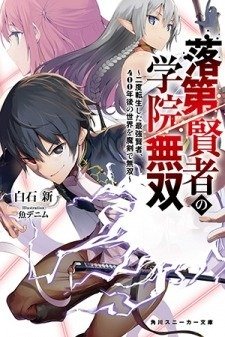 Description:
The great sage reincarnated in a completely new world. He devoted his new life to the study of magical arts in order to gain incredible power. However, due to the fact that he was aware of the limits of his skill and talent, he fell into despair, which stalled his progress and put an end to his life.
True, fate gave him another chance, since he was reborn after another 400 years, and now he entered the magic academy, using the knowledge and skills that he received in his previous life. He defied the current foundations, as he quickly realized that since his last life in 400 years, magic had fallen into decay, and he had no serious competitors! Now, using incredible strength, he will kneel the whole world before him.
Show description