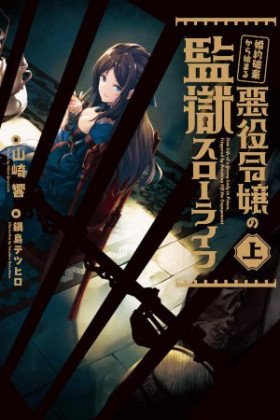 Rachel, the Duke's Daughter, was accused of crimes that she had never even heard of by the Crown Prince Elliot and imprisoned in the palace dungeon. Was this a plot hatched by one of her rivals or a conspiracy formed by political foes of her family...!?
Rachel, however, only had one thing on her mind...

“Hooray for prison! An endless lazy slow life! No more of that wretched royal education or those suffocating servants for me, it's time for a vacation!”

Rachel, who was ready and rearing to go, will enjoy her leisure filled days harassing the Prince from her prison cell! Her liberating and pleasant (slow) life in prison is about to begin.
Show description
Loading...