Manga The World God Only Knows 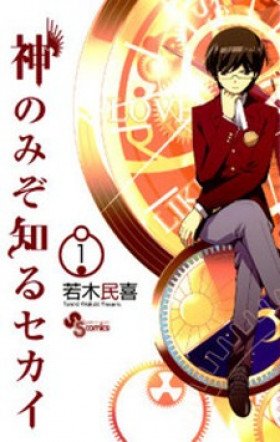 Description:
Katsurag Keima is a guy who managed to gain incredible popularity thanks to his skill to conquer women's hearts using Internet applications. He did it as he liked. At the same time, he absolutely hates dating real girls, because he considers them disgusting in comparison with girls from the virtual world. The guy, by his stupidity, signs a contract with hell, according to which he will have to help the escaped souls. These souls are hiding in women's hearts, which means that the only way to bring them back to hell is to make a girl fall in love with a guy! Keima will now be forced to help, because otherwise he will simply be killed.
Show description