Manga The World Is Full of Monsters Now, Therefore I Want to Live As I Wish 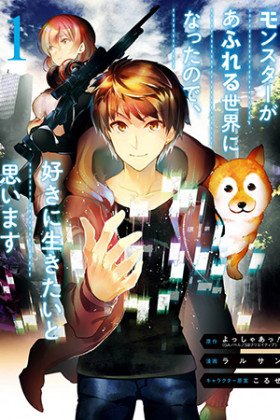 Description:
The guy accidentally hit a dog on his bike when he was returning home. Suddenly, he heard a strange voice that told him that he had successfully enslaved the monster, for which he received development points. Before the guy had time to think about anything, he finds himself in a parallel world, where there really are monsters! In addition to this, there are also levels, status and skills. As a result, the hero will be forced to go on fantastic adventures, during which he will sharply fight for survival.
Show description