Manga The World of Canglan / 风起苍岚 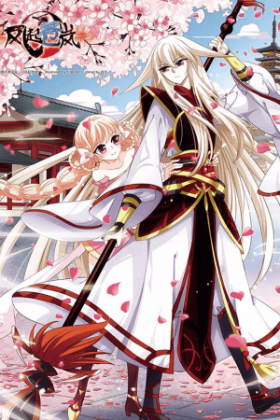 Within Cang Lan, there is a warrior named Yan Mo Ge so powerful that he can go up against an entire army and can summon the godly Jade-Eyed Tiger. Men, women, and even the beautiful fairy goddess Ling Mei have fallen for him, but he attaches himself to no one. In reality...this story takes place in the game world of Cang Lan Zhi Dian, and the legendary Yan Mo Ge is played by a young girl!

That girl, Xiao Wan, runs two separate accounts: her normal character and the Yan Mo Ge character. One day, she encounters Ling Mei, who out of jealousy, pushes Xiao Wan off a cliff in-game. After a long fall, Xiao Wan wakes up and can’t log out of her game! What world has she entered, and how will she survive?
Show description
Loading...