Manga The World of Otome Games is Tough for Mobs 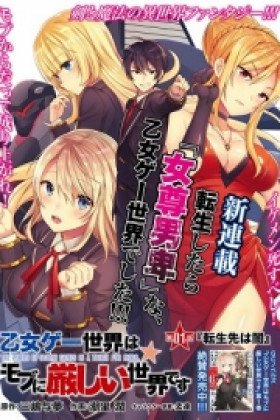 Description:
Leon was a former Japanese worker who was brought into the world of otome games, but he became extremely disenchanted with the fact that women dominate men here. Moreover, the attitude towards men is as if they are ordinary livestock serving girls. The exception was the prince and a group of his henchmen, who were of romantic interest to the girls. However, Leon had knowledge from the past world, which he was going to use in order to arrange his life here as best as possible. Now the guy wants to arrange a quiet life, for which he is preparing a rebellion against order.
Show description

When chapter 51 comes out?