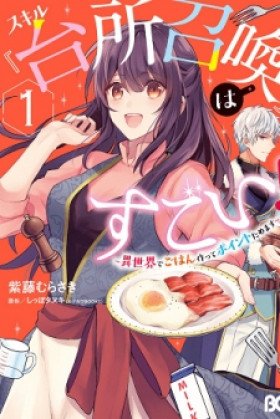 In another world, the skill I was bequeathed was――"Summon Kitchen"? Eh, what the heck is that?!

The Office Lady that got mixed up in a high school girl's summons to another word―Isarai Shiina.
Unlike the warm welcome given to the high school Saintess, Shiina is forced to live in a corner of the royal palace with her mysterious and newly obtained "Summon Kitchen" skill.
Apparently, using the skill to cook food amasses points, which can then be used to evolve the "kitchen".
'With nothing better to do, and things being what they are, I might as well work towards getting my glorious dream kitchen!' but, despite her enthusiasm, Shiina was told to keep the contents of her skill a secret by her guardian knight, Hurst...
Show description
Loading...