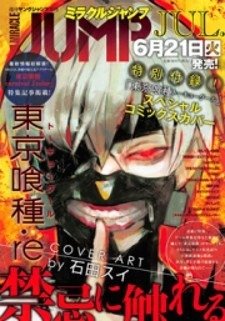 Description:
The first part of the Tokyo ghoul
Despair reigned in Tokyo. An increasing number of cannibalistic creatures called ghouls have flooded the city and rage, killing the inhabitants. Moreover, they hide themselves in everyday life, which makes it impossible to recognize them and fight them. They hide their true identity. There is only one department that deals with such cases and murders. Haise Saisaki was one of the members of this organization, who received the most important mission - he had to take care of naughty problem children. And just about four! Are the days of his suffering beginning?
Show description