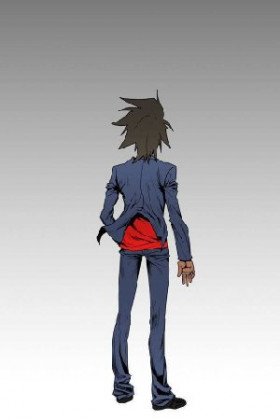 Description:
Transfer student Ju Ingong (his name literally means “Main Character”) is considered the best high school fighter. With his squinty eyes and sharp teeth, it’s no wonder that rivals cower before him and girls are head-over-heels for him!

But Ju Ingong has a secret… He actually can’t fight at all and he’s terrified of violence! Thanks to his scary face and big trash talking, he’s been able to skate by, but how long until he gets called out on his bluffs!? This is Ju Ingong’s rather interesting school year posing as a badass on pure luck...
Show description