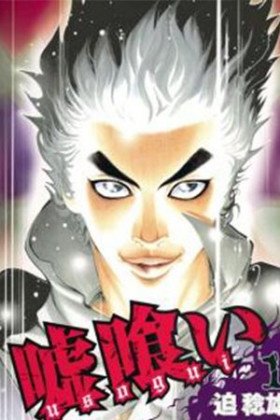 Description:
There are gamblers out there who even bet their lives as ante. But to secure the integrity of these life-threatening gambles, a violent and powerful organization by the name of "Kagerou" referees these games as a neutral party. Follow Bak Madarame a.k.a. Usogui (The Lie Eater) as he gambles against maniacal opponents at games—such as Escape the Abandoned Building, Old Maid, and Hangman—to ultimately "out-gamble" and control the neutral organization of Kagerou itself.
Show description