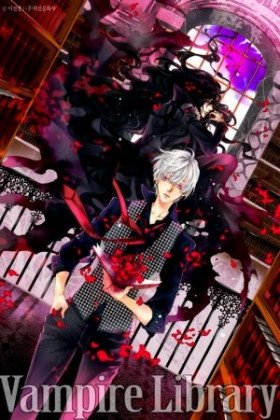 Description:
Yu Mano wanted a job where he wouldn't have to deal with lots of people looking at him, and maybe where he could get some of his college homework done during breaks. But being an albino in South Korea, he always stands out. There's a creepy yet eye-catching mansion in his neighborhood that somehow is a library, so he decides to work there part-time for a while.

But his annoyance level soon shoots through the roof because every single one of the (admittedly gorgeous) librarians there are vampire otaku! They even dress and talk as if they are vampires—and seem to be certain that he is one, too! After an awkward first encounter with the head librarian (including being dragged into his elegant coffin), he is determined to never go back, and yet he somehow finds himself returning late one night... Could this library and its eccentric employees be more than meets the eye?
Show description