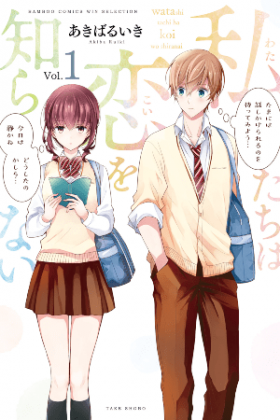 We Don't Know a Thing About Love

Description:
It's the fall of the first year of high school. After changing seats, Yuki Amano and Hayato Kuga became seat partners. Kuga attempts to get the silent Amano to open up, but she does not even show a smile. Meanwhile, Amano also starts to show interest in the airhead Kuga. They've fallen in love, but they have yet to realize their feelings. The heart pounding love comedy begins!
Show description