Manga While Killing Slimes for 300 Years, I Became the MAX Level Unknowingly 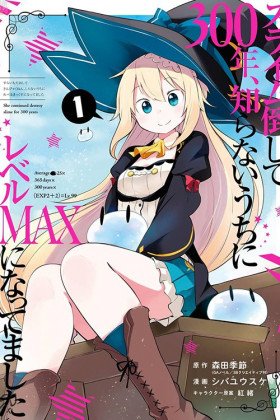 For that reason, I decided to live a slow life in a house in the mountains as an immortal witch with the figure of a 17 year old.

The main source of income is to defeat slimes inhabiting the area to acquire magic stones. I sold these at the Guild in the village. Besides that, I made medicinal herbs, became known as “The Witch of the Highlands”, and lived with respect and trust.

However, as a result of continuing to beat slimes for 300 years, the experience values accumulated too much, and I unknowingly became level 99, the world’s strongest witch .

The level 99 witch now works together in the village with her dragon-girl apprentice in moderation, while helping everyone in the village.
Show description