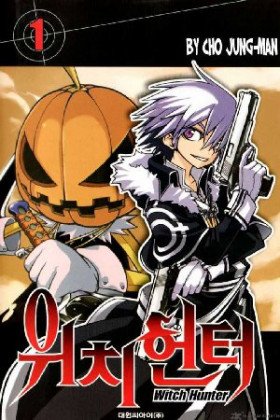 Description:
Witches suddenly declare war against humans, causing two-thirds of the world to fall apart. They summon monsters called "Supporters" and devastate human residences... but why?

Survivors gather people with the power to combat the witches and called them Witch Hunters! Tasha Godspell is one of the strongest nicknamed "The Marksman" along with his "Jack-O-Lantern" looking Supporter. He fights the witches but cannot really bring himself to hate them...
Show description