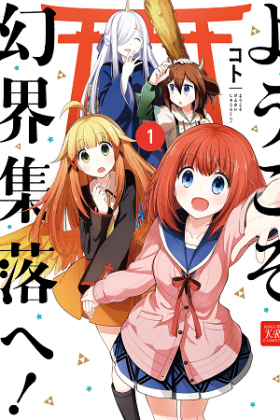 Description:
Kamiyama village is considered a "ghost town", with an ever declining population. However, the mythical creatures known as "genjuu" who live there aren't counted towards the population total. The human girl Akane gets forced into the role of the Kamiyama village Public Outreach Committee president. Along with the help of a minotaur, a cyclops, a phoenix, and more, she's tasked with revitalizing the village. Follow the struggles of the beautiful genjuu girls straight from the mind of the up-and-coming mangaka, Koto!
Show description